A serious problem for the GOP

The 2012 election produced a map of the States that should have moderate Republicans worried, and it’s a lesson from history.   Here’s why that is. 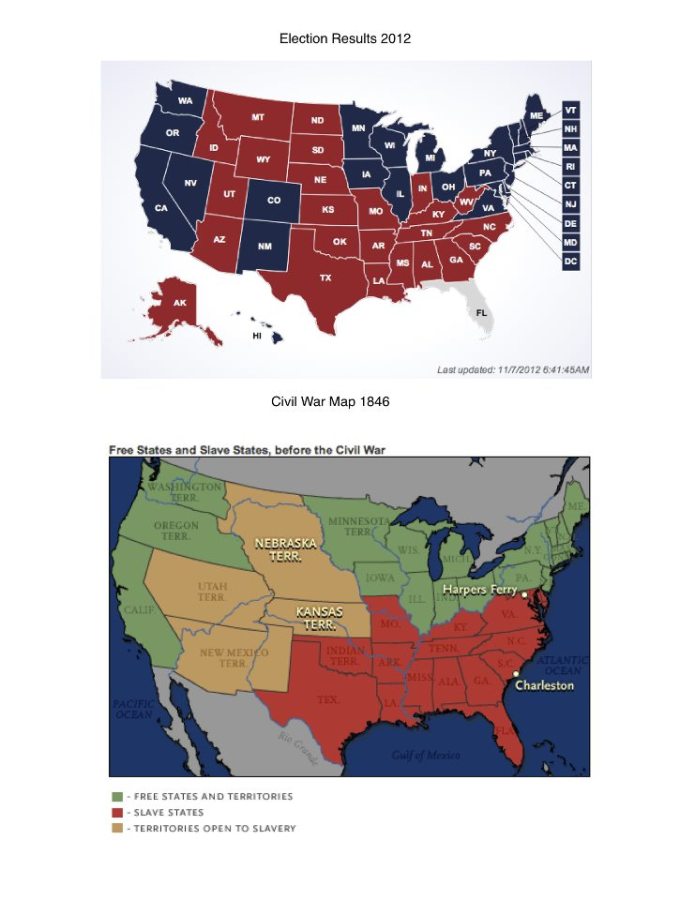 Courtesy of Michelle Lawrence, this map comparison shows what a serious problem the GOP has.

The Republican Party has won only one national election since 1988. They’re seriously going to need to address the perception that they’re anti-minority and anti-immigration.