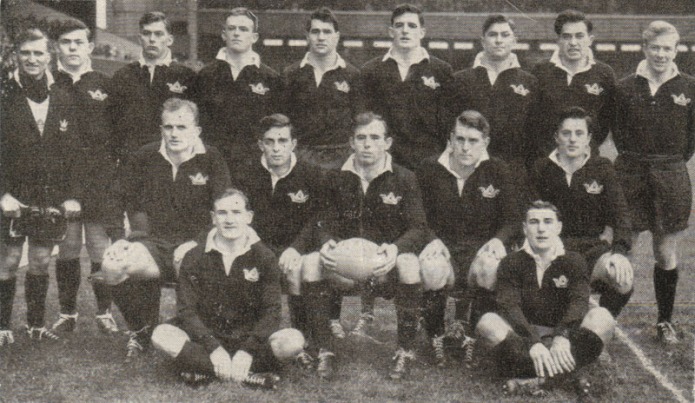 A particularly dashing choice by the touch judge on the left.

There is a sartorial synergy between two of Wales’s great working class pastimes.  A keen observer of style would pick up a definite touch of the nylon-slacked brass band “walking out” uniform about the rugby committee-man who greets most match officials at the clubhouse door on a Saturday afternoon or windswept Wednesday evening.

That’s not to say that banding and rugby are the same, of course.  There’s considerably less hostility and violence on a rugby field than a brass band contest.  I, as a rugby referee rather than a band adjudicator, inhabit a much gentler arbitrarical world than comparing test pieces when describing kicking, gouging and punching in the sparse prose of a rugby union “red card report.” 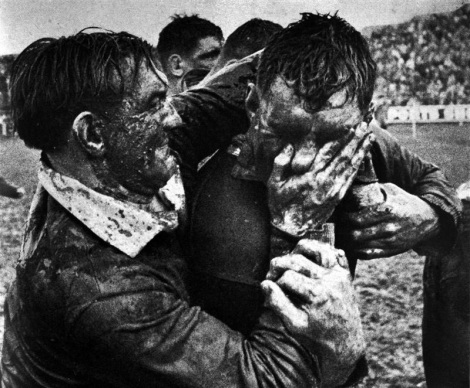 Most rugby union disciplinaries never reach the black-hatted hanging solemnity of being called “into the kitchen” of the bandroom, as Mrs Griffin describes it in hushed tones.  I’m sure that if Mr Dylan Hartley were a back row trombonist rather than a front row defendant, faced instead with the ultimate extra-musical culinary sanction, he would never have uttered those words in Mr Barnes’s earshot and would have spared himself the deserved humiliation of a ban and an unused plane ticket to Australia.

But I digress, for this is about clothing.

The blazer gets a bad press.  It’s associated by lazy journalists with outdated, out of touch committee men.  It’s part of the same rubbish writing in anti-intellectual shorthand as “politicians on the fiddle,” “out of touch judges” and “political correctness gone mad.”  This poor, maligned jacket should be restored to its rightful place as part of sporting tradition: as a gentlemanly smart casual classic it’s a symbol for what’s good about our game.

I’m a fan of the blazer.  My battered, faded rugby jacket is something I’m proud to wear.  It was a saddening shock to come back after an absence to refereeing at the grassroots and find that some of Cardiff’s rugby clubs are starting to abandon the jacket and tie.  The famous interwar Cardiff captain who turned out in a silk scarf knotted at the throat of his jersey would have been appalled.

A rugby team should be well tailored off the field.  It is after all supposed to be a game played by gentlemen.  There is no excuse in a proper club-house for the polyester tie (if you’re lucky) and ill fitting suits of the footballing fraternity.

The blazer of my alma mater (top) is formal and simple, and shown here on Mr Joe Roff, fulfilling his duties as a touch judge in The Varsity Match.  To a sartorialist, unquestionably the best blazer in world rugby is that of the Springboks (bottom).

I can forgive the Lions their weaknesses and, judging from the car park of the Vale of Glamorgan Hotel, questionable taste in automobiles.  Te absolvo, gentlemen, for your clobber is first rate.  I was delighted to see the British Lions boarding the tour bus properly kitted out.  I’m not a major fan of grey flannels with a blazer (I prefer cavalry twill or khakis with pink or blue shirts) but they’re done well.   A definite thumbs-up to the choice of dark brown half-brogues.  There’s a place for a spread collar and the occasional cufflink in any club. And you can’t argue with the quality of the tailoring: Thomas Pink have done a great job.

I’m glad at least some rugby sides still keep to a tradition.  It’s nothing to do with wealth or class, but it’s about pride and respect for your game, your team, and your opponents. 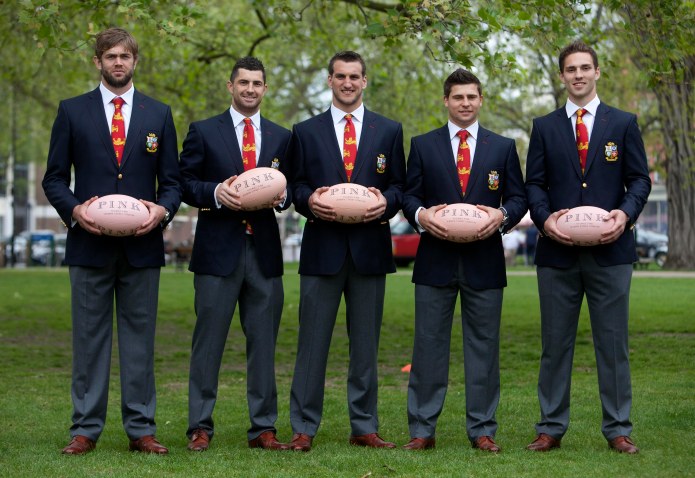