Driving on from middle age 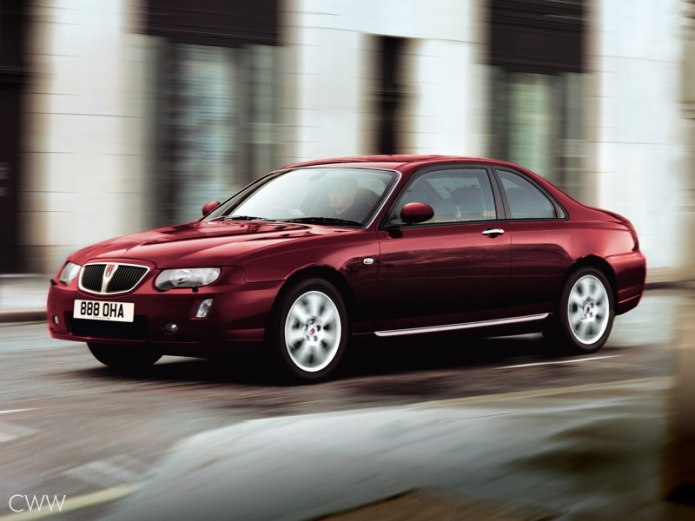 I drove a comedy car for years.  At 28 I was the owner of a top-of-the-line Rover 75, a poor man’s Jaguar with wonderful leather seats.  Given my partiality to a pipe and a tweed jacket, it was the perfect car.  Sitting behind the wheel was like settling back into the leather armchair of a gentleman’s club (the sort with a tie and good food, rather than disrobing young ladies).

I bought it from the underwriters with scarcely a mile on the clock after it had spent a year parked up in a lot near Longbridge.  It was a deep red, a dark scarlet with echoes of the LMS railway about its beautifully sculpted sides and chrome trim.

How I hated the dashboard with its cheap wood veneer and restyled dials.  This was the result of MG Rover cost-cutting, but it was enough to be related to my original Rover 75, which had softly glowing art deco dials that should have been in a Spitfire.  Moving to my new rover was as it must have been for that Cunard captain moving from the Queen Mary to the QE2, but by God it was still a lovely car.

It had all of the faults of British car, of course.  The only thing that worked consistently was one bit that wasn’t British.  The engine, a gloriously powerful BMW turbo-diesel, growled perfectly for the seven years I had it and never leaked a drop of oil or coolant.  With a well judged poke of the right foot I was able to leave boy racers standing at the light.  But the powerplant’s reliability was entirely the result of its Bavarian origins.  The proudly British gearbox had all the charm of a Massey-Ferguson tractor.  And went through four clutch replacements, a new gearbox, brake cylinders…you name it, if it was made in this sceptred isle, it broke.  The Rover ended up with the Trigger’s Broom of drive-trains.  But when the motorway cleared, the car glided and for all the world we could have been on the footplate of a modern, silenced, leather-padded Mallard.

It was named, as cars tend to be, for their ancestors.  My Rover was known as The Locomotive, a subtle reference to the original Bentley, out of date in its own time, that was Ian Fleming’s choice of automobile for his book-based Bond.

Late last year, the Rover met its end at the hands of a boy racer, but did its job to the last.  It protected my family superbly and, even with its body stove-in and its roof removed by the enthusiastic boys of the South Wales Fire & Rescue Service, it looked stylish as a convertible.

The Blessed Rover of Late Memory has now been replaced with a back Mercedes saloon.  For my many and loved American friends , that’s a sedan.  Despite cruel matrimonial comments about it being the automobile choice of a minor middle Eastern dictator, and admitting that stylistically it may channel Harvey Spector rather than the Duke of Windsor, I must admit that I do enjoy it.  The seats may be positively Lutheran in their firm, unyielding Protestant worthiness.  But the sound system is superb.  Nothing falls off it or sqeaks, rattles or complains.  It’s quiet and supremely efficient.  It’s beautifully engineered, sticks to the road like it’s on rails, accelerates (within the speed limit of course) quickly enough to give me a nosebleed, and I know if I come into contact with Saxo Boy that it will protect my little nuclear family.

But sometimes I miss my Rover…