The campaign diary of Ensign Griffin, J. J., as dictated verbatim to his ADC, Dad.

Once upon a time on Saturday we we went to see the Tank Museum in Bovington, Dorset, BH26 6JG. It took four hours just to get there because of a reason I do not know and my daddy who was doing the sat nav won’t talk about. When we got there after a right faff we met up with Uncle Colonel Mike. Once upon a time Mike was a Colonel in the Gulf War or the Battle of the Bulge. I’m not sure which one. Mike is a legend. His Tank was called a Challenger I and its name was The Emperor. Mike and my Dad used to be in work together and they are good mates.

It was really fun because we got to have a ride in a tracked vehicle. The men driving the tracked vehicle called my Dad and Mike “Sir” because Dad had shiny shoes. I am going to drive one myself one day.

Mike took us to see all the tanks. The first one was the first Tank in the world and it didn’t have much firepower and its protection wasn’t very good and it wasn’t very mobile. They are the three things you need in tanks. It was called Little Willie which can also mean rude things. We saw all sorts of tanks from Russia and whatever. My favourite one was Goliath which was a small one with 100kg of TNT! I learned that from my Tank Museum Top Trumps. The one that Mike and his mates invented called Challenger II was good too. Man and Dad also liked the King Tiger which was huge compared to a Sherman and since then I watched Kelly’s Heroes, and they were both in the film.

I like food on trips. We had jam doughnuts, chilli and chips, and Cream Tea with scones. And snacks. And cup of teas.

I brought my fencing Sabre to show Mike and he showed me how to do a cavalry officer salute with it like he was on his horse.

We went shopping. I bought a jacket made of camouflage stuff like the soldiers wear. I’m going to have a Desert Rat and the blue-red-blue one for the Guards on the sleeves because those badges belonged to Mike and to my family. Mike bought me an Airfix Challenger I Tank and I’m going to build it with My Dad.

On the way home we had rare steak in a pub and we went a better way because Dad went by his mind instead of the map. 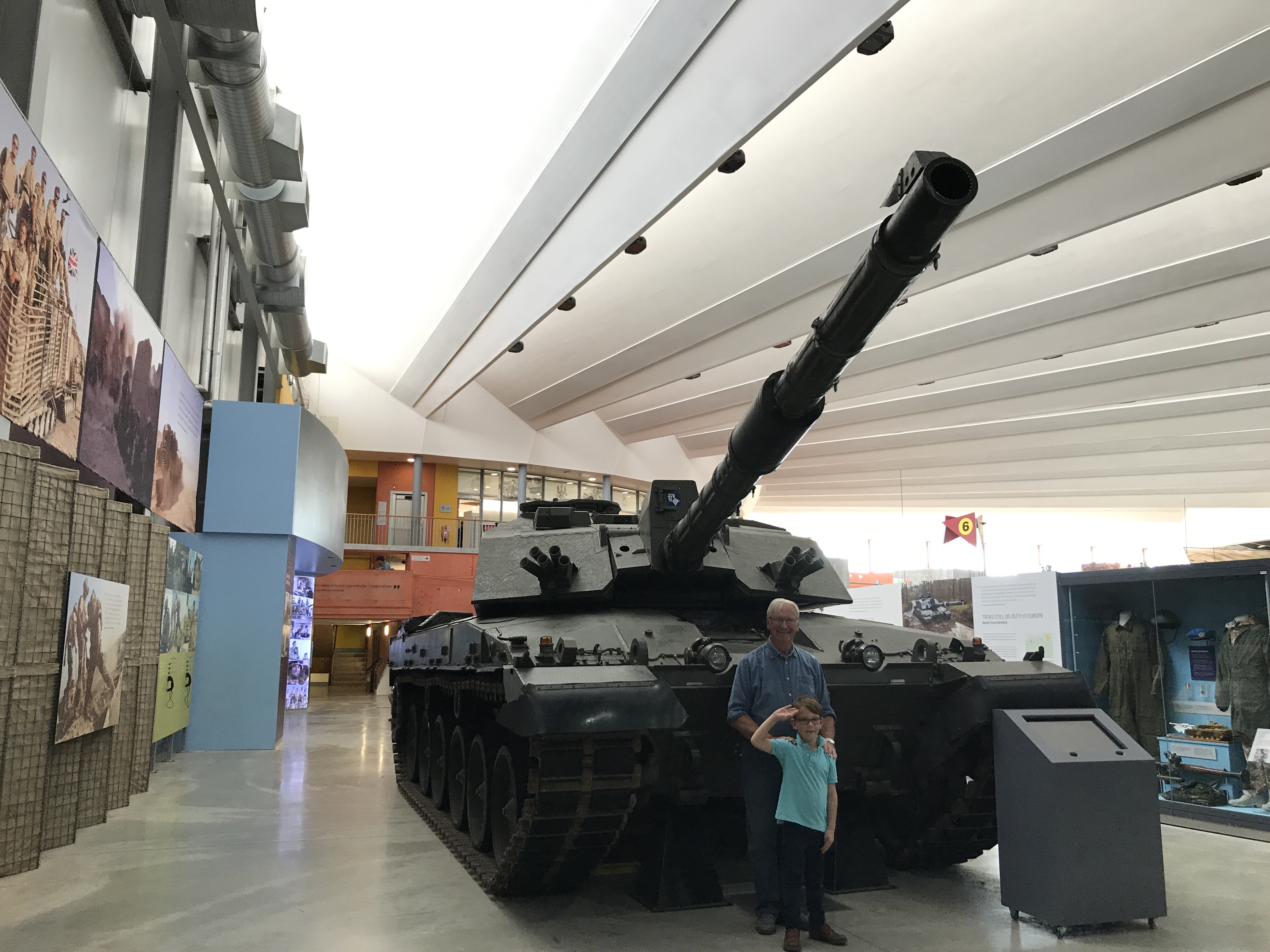 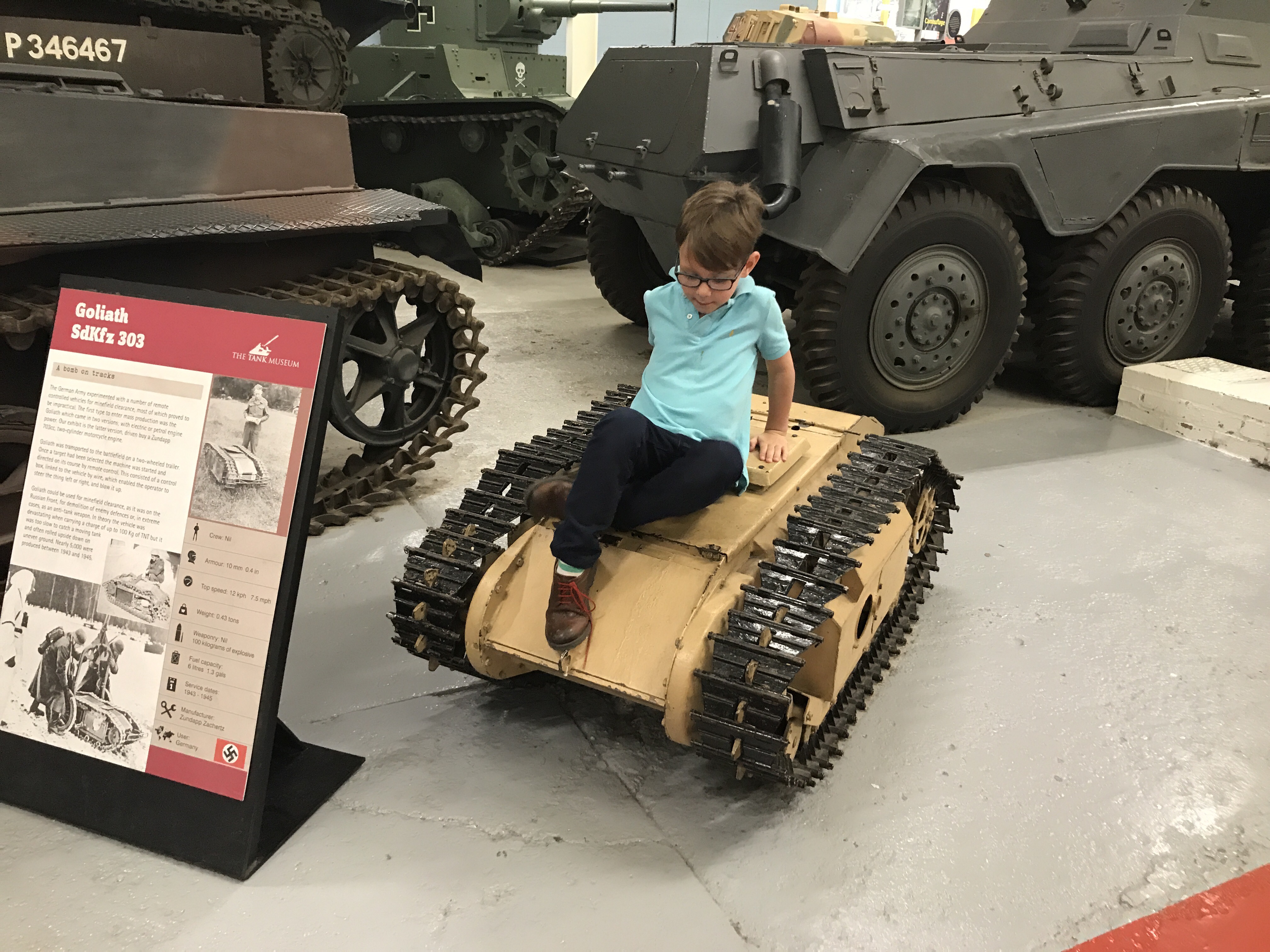 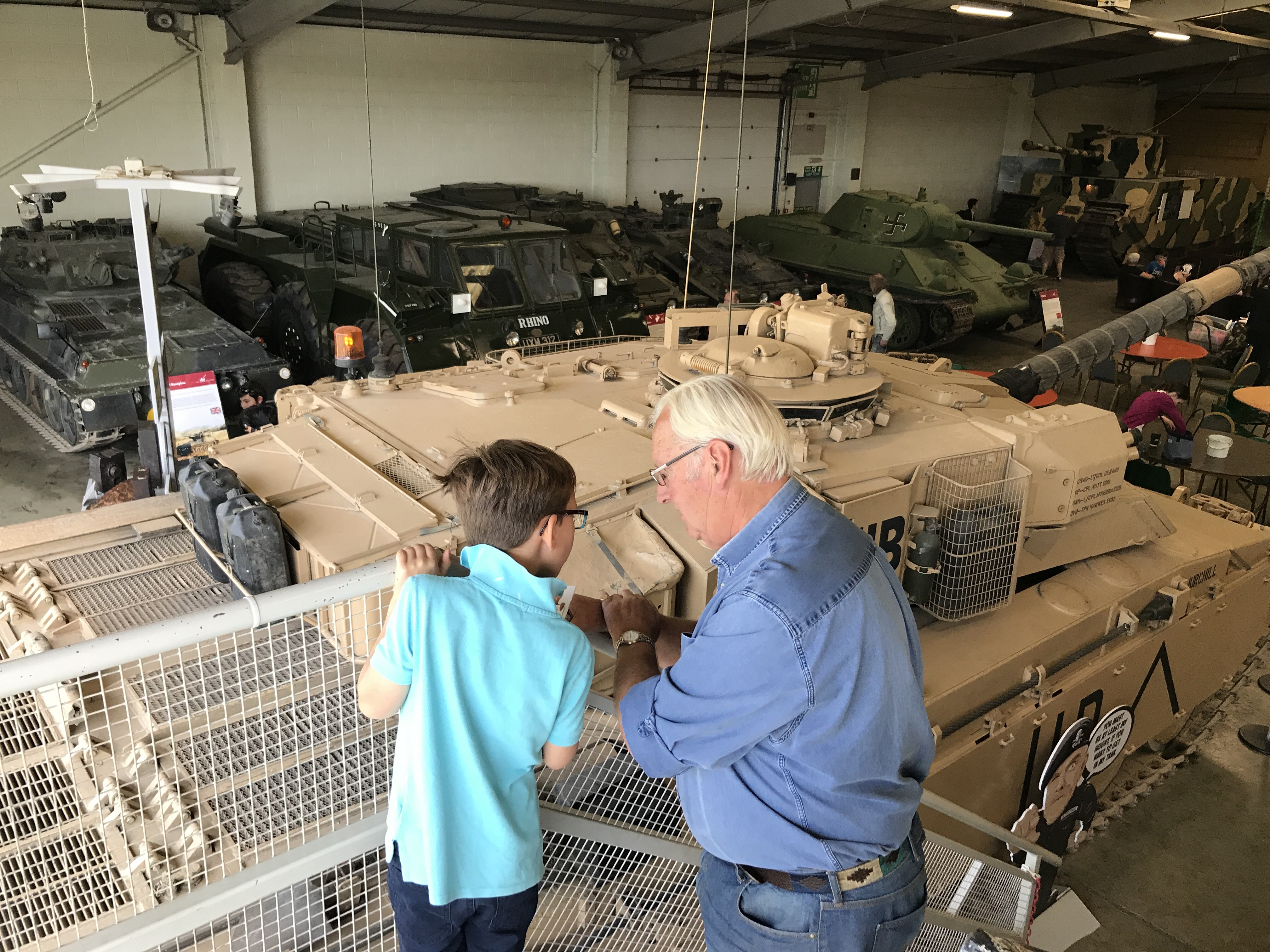 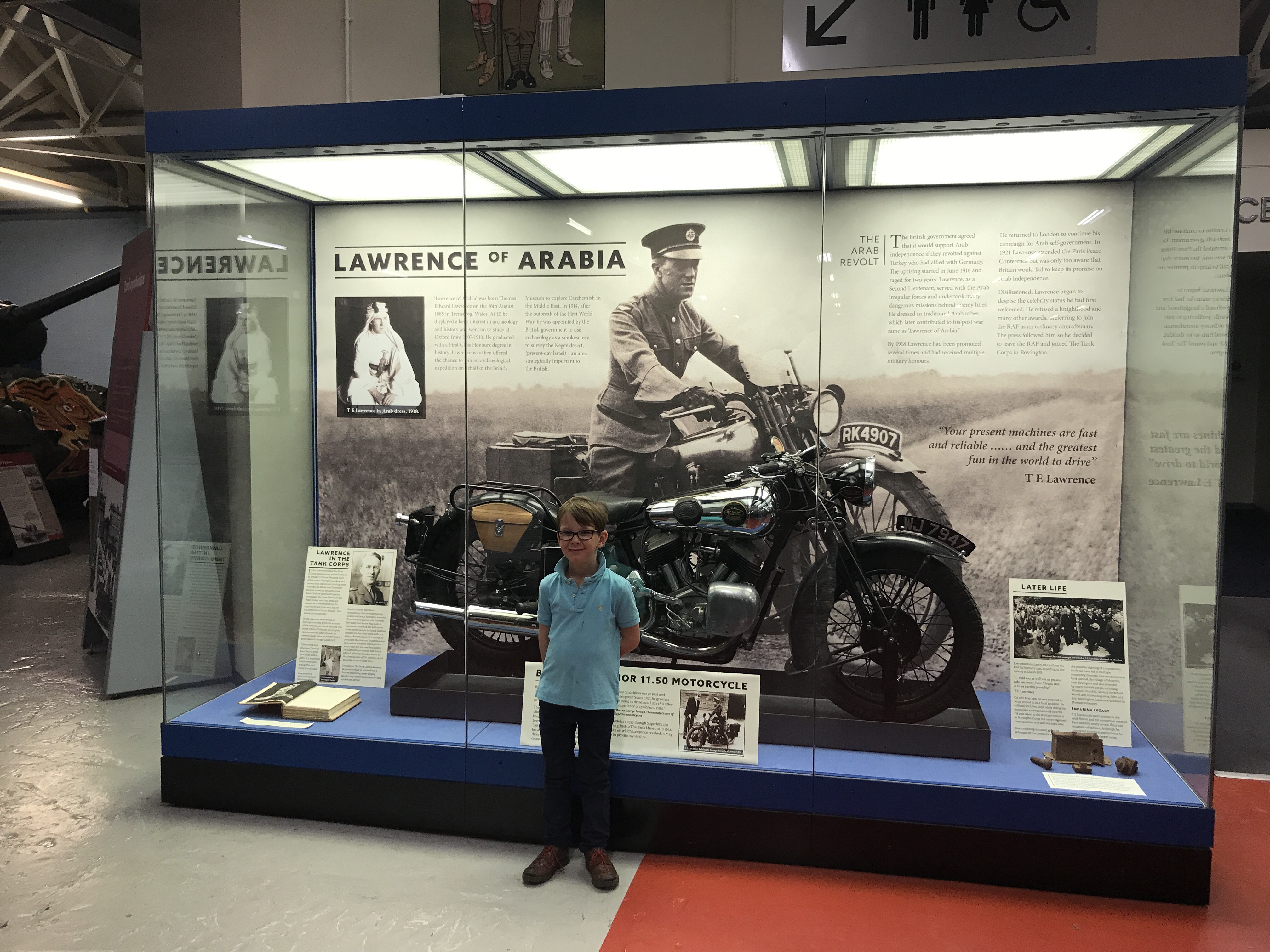 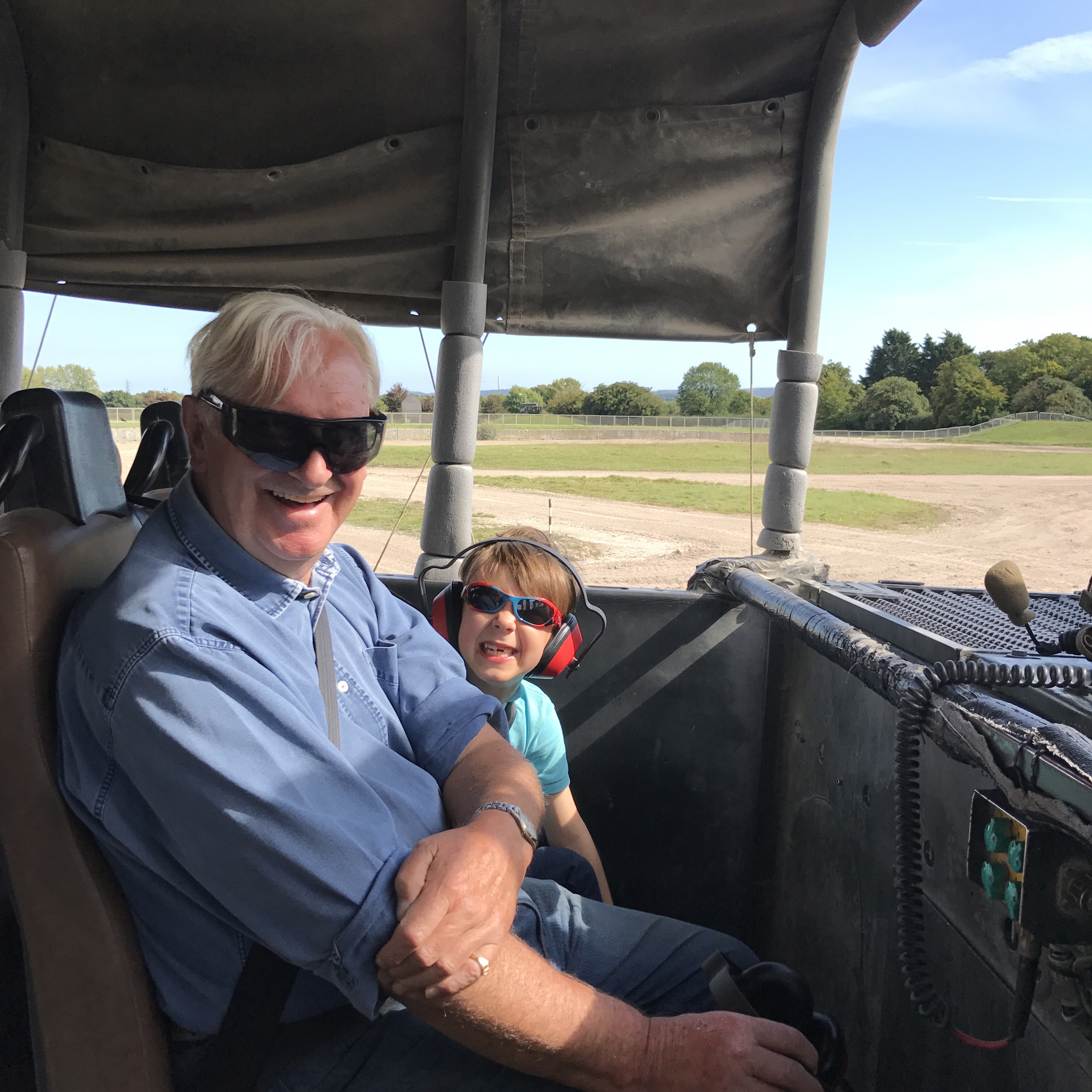 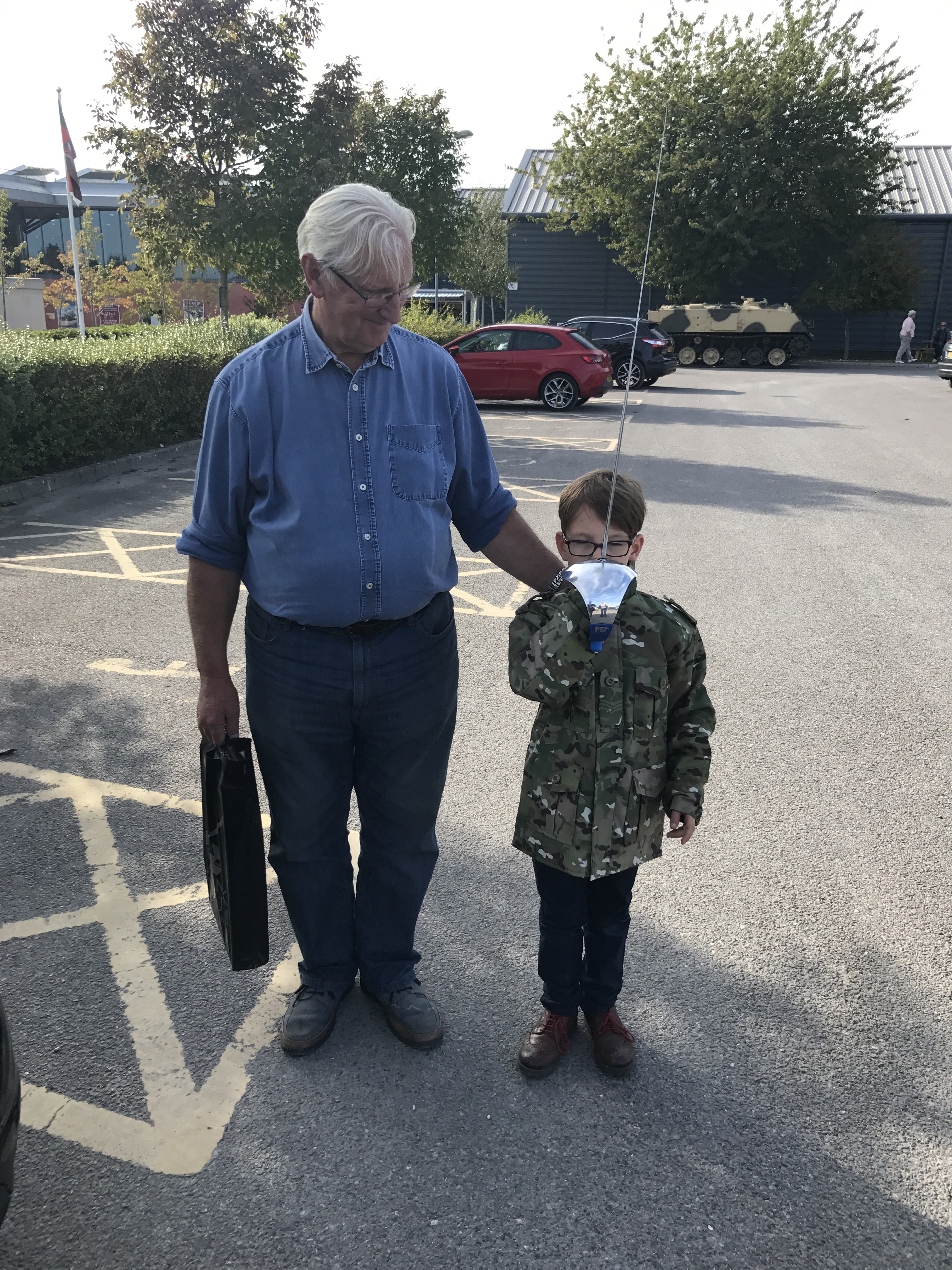 The Spy Who Went Into The Cold