In the latest of his occasional columns, The Grifflet (8) reviews Sherman Theatre’s production of Alice In Wonderland. Grammar is edited by Dad, but the words are his.

In the Sherman theatre I went to see Alice In Wonderland. It was a special show called a press preview for important people.

Before there was a nice table of food for the children. There were jam tarts.

The dad was talking to Alice about exams. Alice was saying “books pencils case” repeatedly. This was the start of a fun show.

All of the actors played instruments and sang. Joe played the French horn and the flugal when he wasn’t being a rabbit. Some of the best songs were about a caucus race, one about Alice, and one about babies going Waaa Waaa. The set was all tiled which made it look much longer than it is. Alice went home, to school, to a tea party, and played croquet with the Queen of Hearts.

It was all really bonkers but in a good way 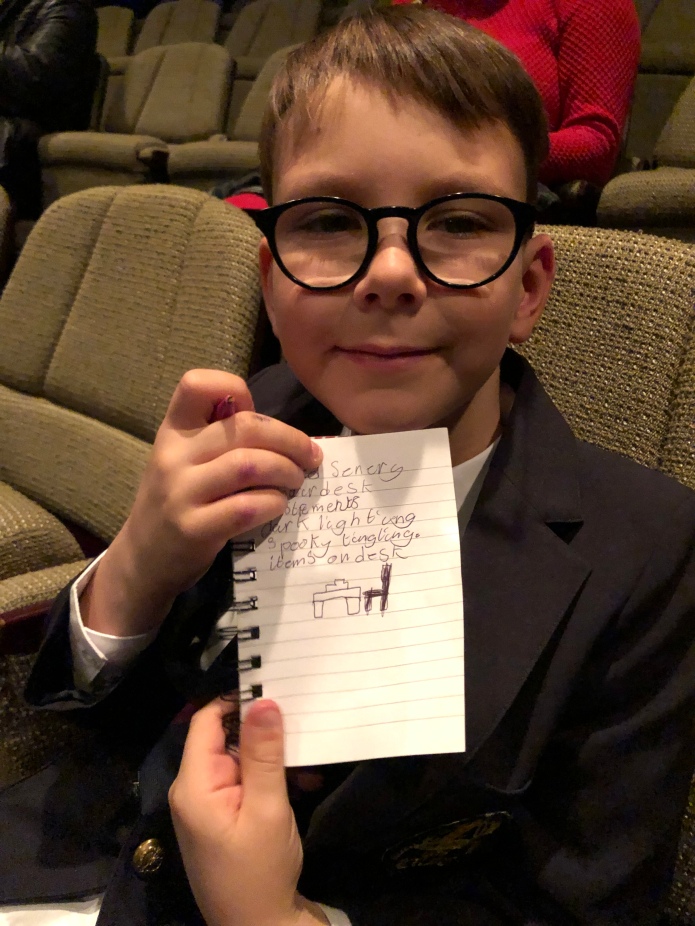 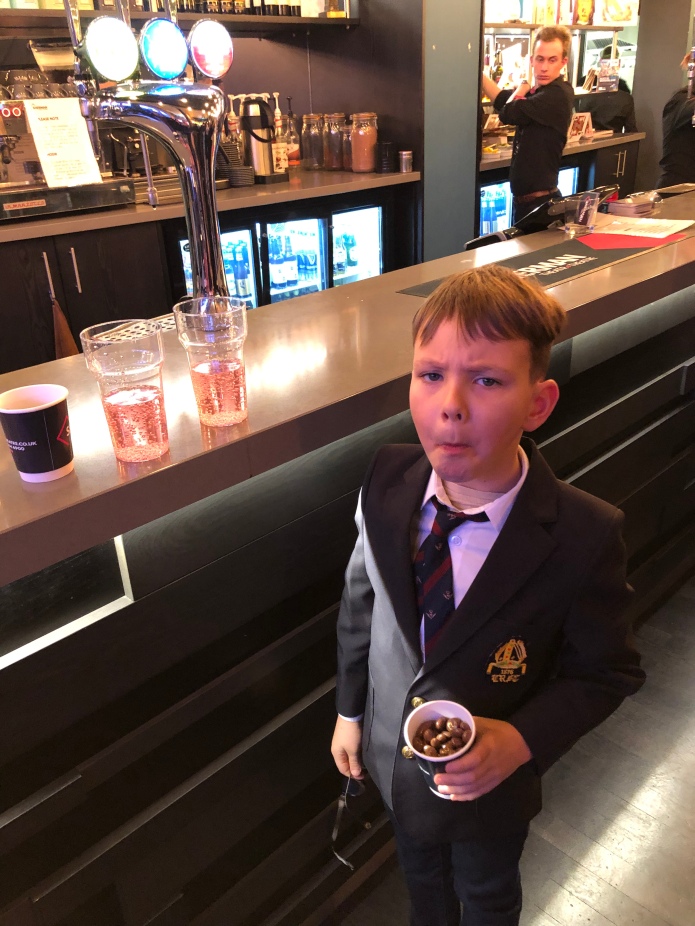 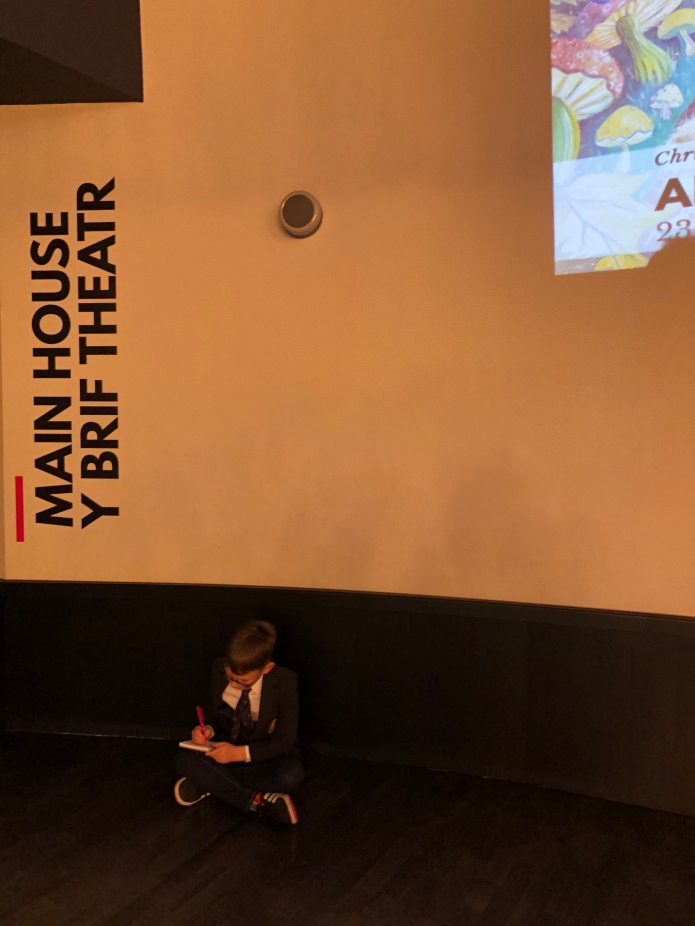 The Boy meets his heroes
The Tank Museum

The Spy Who Went Into The Cold